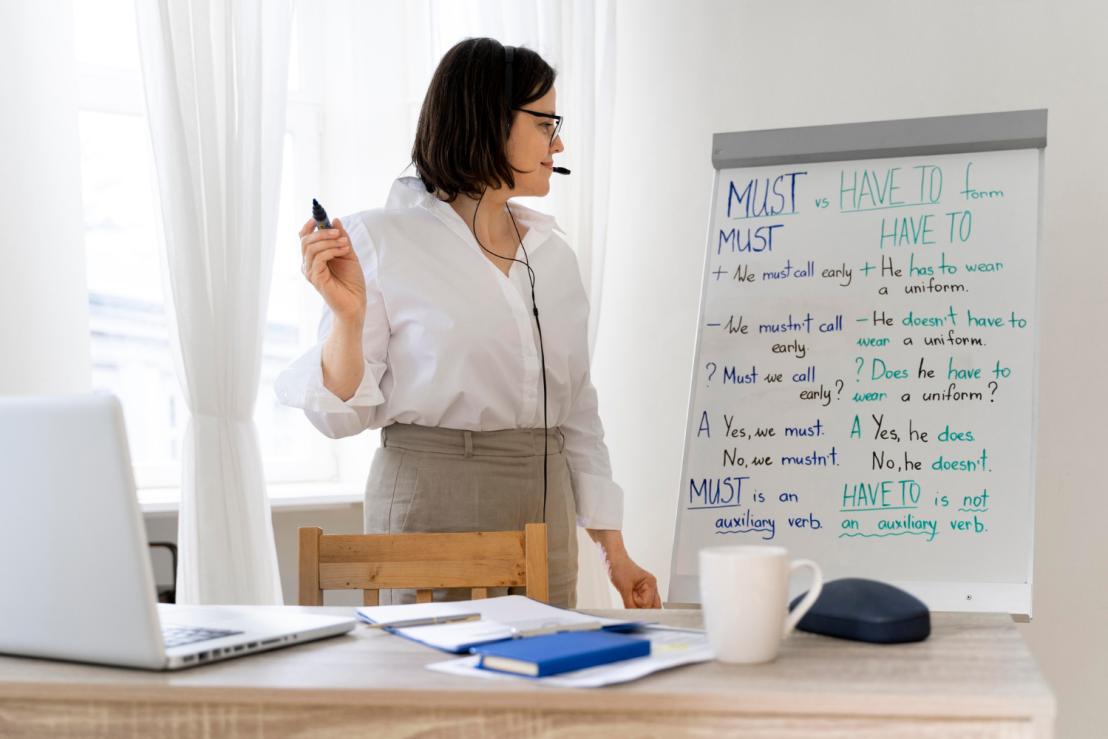 The verb, as the basis of any sentence, must be there, otherwise the sentence simply will not be. There are many verbs in the English language, their types are frightening with their diversity, and the thought of how to remember them all is even more frightening. But, if you don’t have to deal with some kinds and types, then modal verbs are just a must-have for a modern person who studies English.

Modal verbs are the kind of verbs that help express the speaker's attitude to any action. That is, the modal verb should be used in tandem with another, since it has practically no own meaning.

Yes, this is another kind of verbs to remember. They will help voice a request or a rule, ask permission or give advice.

A verb meaning "to be able to". It can be called the most common and frequently used modal verb. Because it is strong by definition, it will form the interrogative and negative forms on its own. Speaking of forms, we note its insufficiency, since it does not have a form of the future tense.

The verb is used to express the possibility of performing an action:

The past tense form is could. Sentences with this form express a possible action in the past that could have happened, but did not happen.

It is mainly used to form expressions with the verb can in the future tense, since it does not have its own form. The verb literally means "to be able to do something". It can be used in the present and past tenses (inflected in the form of the regular verb to be), but only to express someone's ability to do something, or that he succeeded in doing it.

The verb expresses probability and helps build sentences in which we ask permission to do something. It, like can, has only present and past (might) forms and forms a negative one on its own with the help of the not particle.

Must is used in the sense of "have to". It can be called a very strict modal verb, since with the help of it we talk about rules, forced actions or confidence in action. It has no past or future tenses, only negative.

This verb is very similar in meaning to the previous one, and can be used as a substitute for it in the future or past tense, but it can also be translated as "must". This means that in an independent form it will be used if the action "has to be done against one's will". The verb can be inflected for person and number, like the normal form of have.

Used to describe a moral obligation, advice or instruction.

Like the previous one, it can be used in the meaning of “should / must”, but is used much less frequently. This verb has only one form, and when forming a negation, the particle is added to the first word and can be reduced according to the usual scenario.

These verbs are both auxiliary for future tenses and modal at the same time. The first is used to offer something, and the second to insist on something.

Similar in meaning to must, and is used to express a commitment. We will use this verb when we talk about scheduled actions, predefined actions, as well as the impossibility of an action or a ban.

Most often used to express polite requests and suggestions. It can also express actions that happened in the past that are not happening now, as well as used to.

Depending on the construction of the sentence, so-called semi-modal verbs may appear in it. They can act as a main or modal verb.

Indicates the need to perform an action. The negative form is formed as usual, but there is no interrogative form.

Translated as "to take a risk" or "to dare" to do something. As a semantic verb, it means the same thing, without requiring the use of auxiliary ones.

Whether it is modal is still a mystery to the scientific community, since there is no consensus. This verb is used only to express actions that took place in the past.

Used to allow or permit. Stores meanings as a semantic and modal verb.

The use of modal verbs may vary with tense, but not with number. Also, most often after them, the infinitive without the to particle will be used. The only exceptions are verbs that already have a particle and need, after which it is allowed to use the infinitive with the particle to. Modal verbs do not have a gerund form and do not require auxiliary verbs in most cases. But everywhere there are exceptions, so you should carefully learn the rules!